New York Times & USA Today Bestselling Author Wendy Lindstrom is known for the riveting emotional power of her work. Romantic Times has dubbed her “one of romance’s finest writers,” and readers rave about her enthralling characters and “masterfully crafted” stories.  Her beloved Grayson Brothers series that includes RITA award-winner Shades of Honor is available in ebook, paperback, and audiobook. 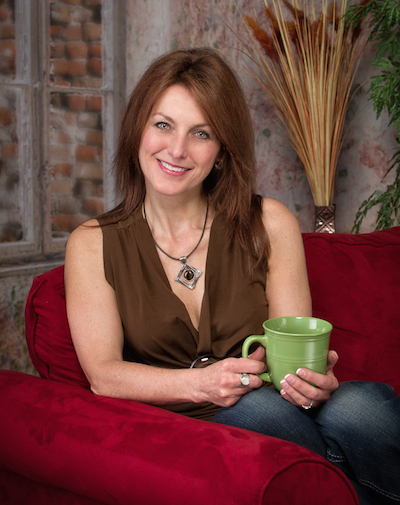 I was born and raised in western New York. My seven siblings and I were as wild and untended as the land around us, nurtured by the rich, black earth and warm sunshine. We swam in a shallow creek and made forts in a cornfield where I would lie beneath the enormous blue sky and imagine epic adventures.

Alone I would haunt the forest, sharing my stories with the trees. I would press my face against their bark to feel their energy; a deeply furrowed oak, a scaly pine, a smooth beech, all welcoming my skinny arms and sunburned cheek. Thirty feet in the air, I would perch on their limbs, feeling safe beneath their leafy canopy. There I would become the heroine of the stories I imagined. There I began my life as a writer.

My first attempt at storytelling was in English comp class at SUNY University at Fredonia. My professor, Melinda Wendell, told me I had a voice for storytelling and said she hoped to see my work in a bookstore one day. (Thank you, Professor Wendell!) I never finished that particular story, but in the messy, handwritten pages of my journal an idea began to form. While researching, I came across a Civil War memoir by George K. Collins and I knew I’d found the premise for my first book Shades of Honor.

My New York Times bestselling (and award-winning) Grayson Brothers series set in 19th Century Fredonia echoes the sounds and smells of my childhood. Like me, my characters are driven to understand what it means to be alive to each experience and fully embrace the unknown.

While writing books three and four of my Grayson Brothers series, I spiraled into chronic fatigue syndrome. Although I dabbled with a few projects during that time, I didn’t have the energy or focus to write a book. Like all adventures, there comes a moment when a person must embrace the unknown and leap! I took up tai chi to get myself moving again. I started kickboxing a few months later and eventually began taking Jujitsu. I’m happy to say that I have since earned a Black Belt in AKT Combatives-Jujitsu and have returned to vibrant health. Most importantly, I wrote and published Sleigh of Hope, Leave it for the Rain, When I Fall in Love, and The Promise in Your Eyes (books 5 through 8) in the Grayson Brothers series. I’ve also created sweet editions of the Grayson Brothers series for those who prefer a clean and wholesome read. The sweet editions are published under my name but have new titles and are part of the Second Chance Brides series. I specifically created new titles and a new series name to help readers differentiate between the sweet and sensual editions. More books in the Grayson Brothers series, and also in my new Crane Landing series, are in the works. I’m also excited to be working on a women’s fiction project and an epic fantasy novel.

Get the latest news about new books, exclusive giveaways, and behind the scenes adventures here at Rustic Studio. To get in on the fun, sign up for my newsletter. Thanks so much for stopping by!