Excerpt: Leave it for the Rain

The twin parks, two-story brick buildings, and towering maple trees in Fredonia was a welcome sight for Adam. He was finally home and seeing the little village through new eyes—the eyes of a confident man who had witnessed and learned much, who was no longer that scared boy who had come here with his family seeking safety a decade earlier.

Flowering magnolia, crabapple, and leafy maple trees lined Liberty Street, offering floral-scented shade to the homes he passed on his way to Grayson’s Livery—and the one woman he’d been aching to return to.

Heart pounding, Adam approached the white two-story house Rebecca shared with her six siblings and their parents Radford and Evelyn Grayson. The wide front porch with a black spindle railing and four large support columns beckoned him to sit a spell. But he was headed for the big barn and livery out back that would soon need a fresh coat of paint. A garden to the left of the barn had been freshly tilled and was ready for planting. To the right of the livery, a large paddock ran across the yard and circled back behind the barn.

A warm spring breeze, scented by the fragrant lilac bushes bordering their property, urged Adam forward. New lime-green leaves were making an appearance on the massive, sprawling oak tree in their side yard, a place Adam had spent many happy hours with Rebecca and her family.

In New York, May was a time of birth and awakening, a time for new beginnings, a time for Adam and Rebecca to finally begin their life together.

In one month she would be his wife.

In one minute she would be in his arms.

His heartbeat doubled as he dropped his bags by the stone fence that girded their property. He strode into the yard and moved past the quiet house. The red double doors at the front of the livery were open, but he knew without looking that Rebecca would be outside. He rounded the livery and went to the large paddock. In the early afternoon, Rebecca would be there training and tending her beloved horses.

Adam knew it as surely as he knew he was never going to leave her again.

He found her standing in the patchy grass, working with her black mare, talking to Star as if the horse understood every loving word she spoke. Rebecca’s shiny mass of onyx-colored hair, loosely bound with a blue ribbon, draped her shoulder and shirtwaist like a silk sash. Her brown skirt, shortened four inches to keep it out of the dirt and off the livery floor, showed a good bit of her leather boots, faded and worn in pursuit of her passion. She was wonderfully disheveled and vibrantly alive.

“Rebecca?” he called softly, careful not to startle her black mare.

She spun on her boot heel, the question in her eyes fading in the instant she saw him. Not a word or a smile moved her beautiful lips as she dropped the curry brush and crossed the rutted ground of the paddock, moving directly toward him.

Adam leapt the split rail fence and met her beneath a low-limbed maple tree.

Emotion pumped through him, but not a sound left his mouth. What he felt was too big, as if he were a schooner navigating an ocean, riding one massive swell of feeling after another.

He gazed into her brown eyes, seeing her love and her pain, knowing he was the cause of both.

Wordlessly, they reached for each other, their fingers lacing. Gazes locked, their surging emotions made them tremble.

Robins twittered in the distance and a bee buzzed around a limb above their heads. Rebecca’s sleek black mare nickered from the far corner of the paddock as if welcoming him home. A light breeze swept a strand of Rebecca’s long hair across her cheek, and he watched it flirt with her collarbone and the rapid pulse beating in her throat.

The breeze came off Lake Erie and Canadaway Creek where he and Rebecca once played—where they still met when he came home. The memory of her then and the sight of her now blended together in his head like a wild, wonderful painting.

She brushed the pad of her thumb over his abraded knuckles, her eyes taking in everything, her silence telling him that she noticed his wounds…that she knew something had happened that changed him. Gently, she raised his palm to her chest and pressed it above her thudding heart. That simple gesture of love and understanding was his undoing.

« Return to Leave It for the Rain 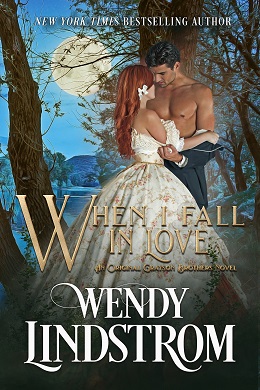 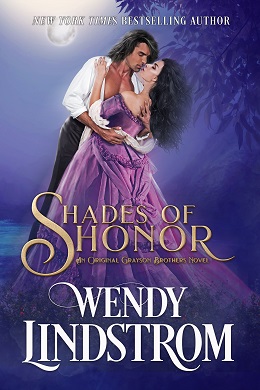 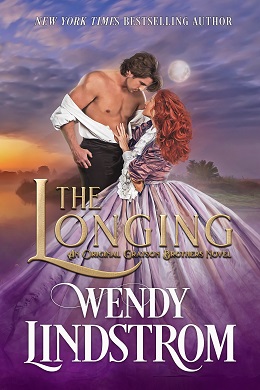 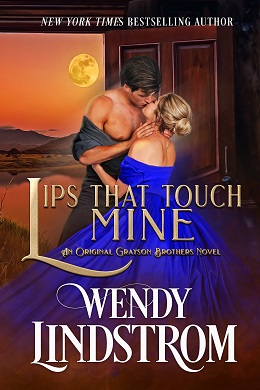 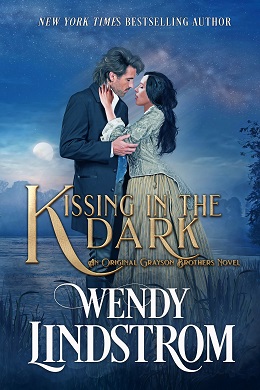 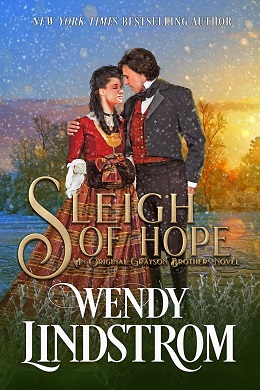 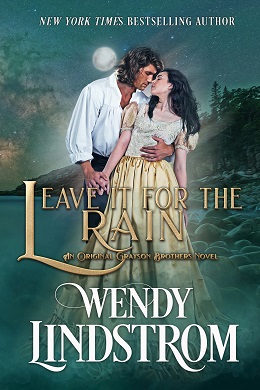 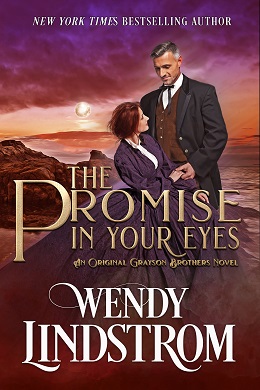 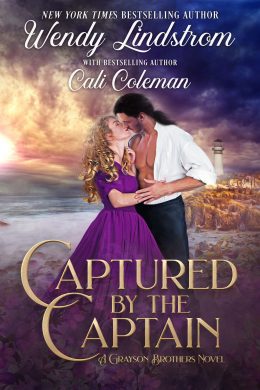 Be the first to know about new books, giveaways and special offers!